During WW2 the 101st Airborne Division wore stencils in the form of playing card suits on their helmet to easily distinguish between units, and make it easier to quickly gather together on the battlefield. Many units across the US Army used helmet markings (including the 82nd Airborne), but none have survived as tradition like that of the 101st. Throughout Vietnam and into today, the 101st Airborne Division continues the tradition by wearing a card suit “patch” on their helmets to distinguish between units.
$10 per +shipping 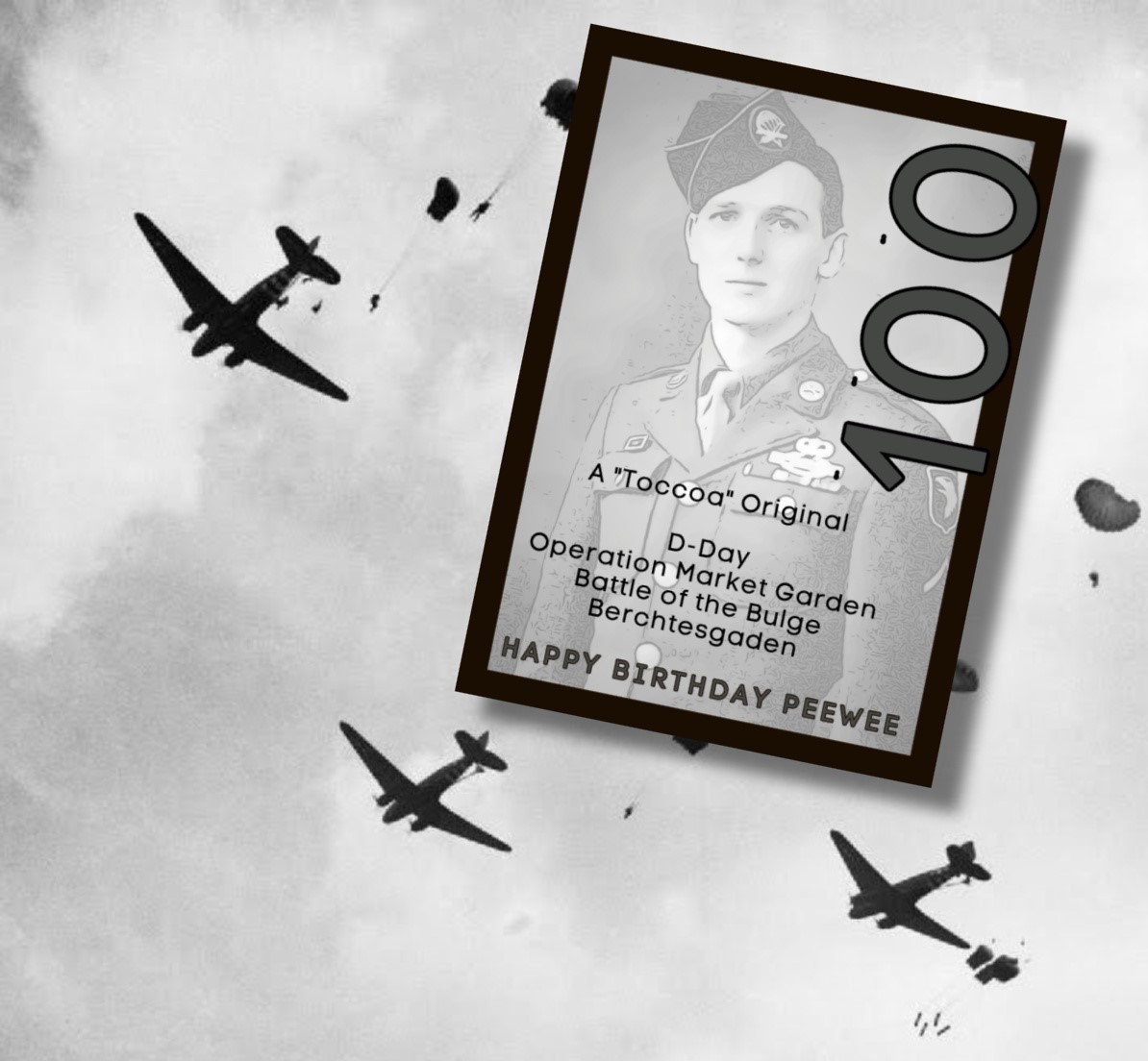 Send an Ecard To Pee Wee for His 100th Birthday!

A Taccoa Original, Jim “Pee Wee” Martin WWII Veteran Paratrooper of the 101st Airborne 506th PIR, will be turning 100 this April! send an Ecard to help raise funds for a kick butt celebration put on by us in True Airborne style!

All of us are Volunteers and Veterans or Family of Veterans

At one point you wrote a check for all you were worth and paid the price now let us repay that debt for you.

WandR Vets is a 501c Charity