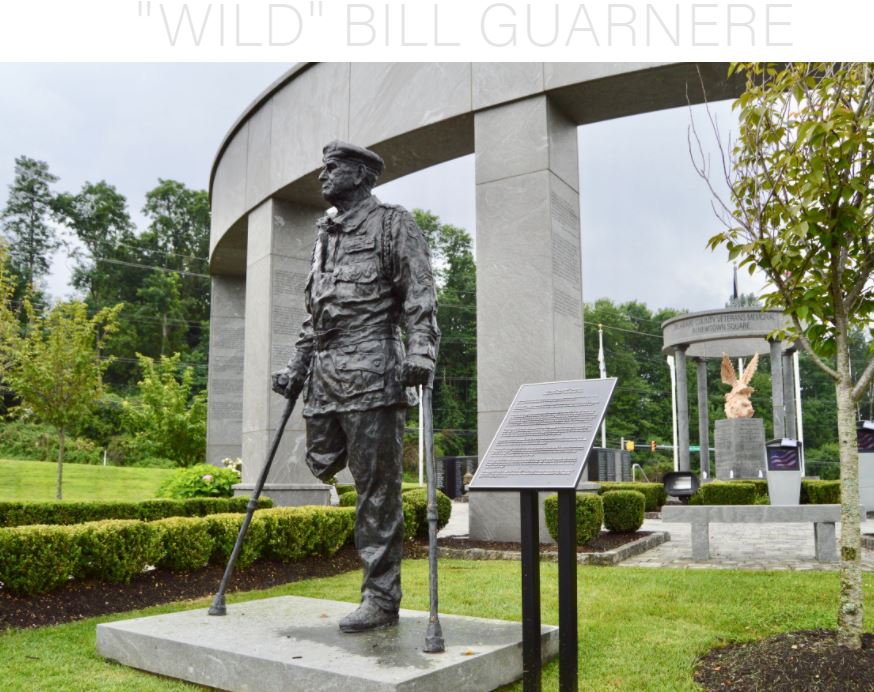 A “Toccoa Original” Jim “Pee Wee” Martin, will soon reach the great age of 100 this April!  In celebration, we are working together with Pee Wee’s family and Fisher Sculpture to create a monument in honor of his service and sacrifice.  Through Pee Wee, the final creation will depict the strength and fortitude of our WWII paratroopers, for it was these ordinary men who became extraordinary heroes and saved the world from Nazi Germany.

Pee Wee, the nickname given to Jim Martin during parachute training because of his small stature, jumped on D-Day, Operation Market Garden and survived the “Battle of the Bulge.”  To this day, Pee Wee serves as a reminder that the magnitude of a man is defined by the resilience of his soul, not measured by his appearance in size.

As depicted in the statue above of “Wild” Bill Guarnere of Easy Co, Jim “Pee Wee” Martin of G Co, will have his monument dedicated in Sugartown, Ohio where he grew up.  If you were to ask Pee Wee of his service, he would respond, “We were just doing our job.”  Being a humble and grateful man, Pee Wee has requested that his image stand for all those who have served and continue to serve.  May we never forget our veterans and our service members.

The process to create a monument that depicts the true likeness of Pee Wee is a tedious and meticulous one.  There are hundreds of steps involved, including researching Pee Wee’s service, character and physical form through endless pictures and interviews with Pee Wee, his family and friends and world-renowned historians.  Once the sculpture is completed, the artisan Chad Fisher believes he not only has left the legacy of the veteran for generations to come, but that his creation embodies the soul of that very person.

WE NEED YOUR HELP!  A fundraiser has been started and the sculptor is in the process of creating a replica version (smaller in size) for an unveiling at Jim “Pee Wee” Martin’s 100th Birthday Jump Fest on April 24, 2021. ANY amount is greatly appreciated.  Let’s Get this Done!  CURRAHEE!!